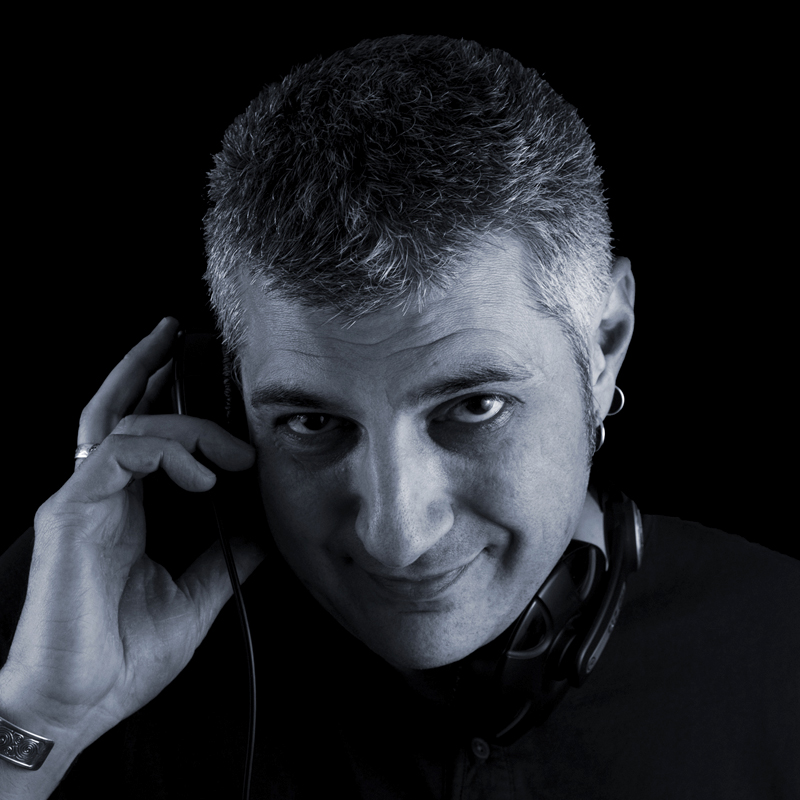 Nick has DJ’d at big clubs all over the UK as well as overseas, where he has headlined at major venues in Russia, Ukraine, Poland, Denmark, France, Germany, Ireland, Kazakhstan and Ibiza.
Nick is a resident DJ and co-promoter of two highly successful Brighton club brands –  Tech-noir Club and Bad Dog Club. 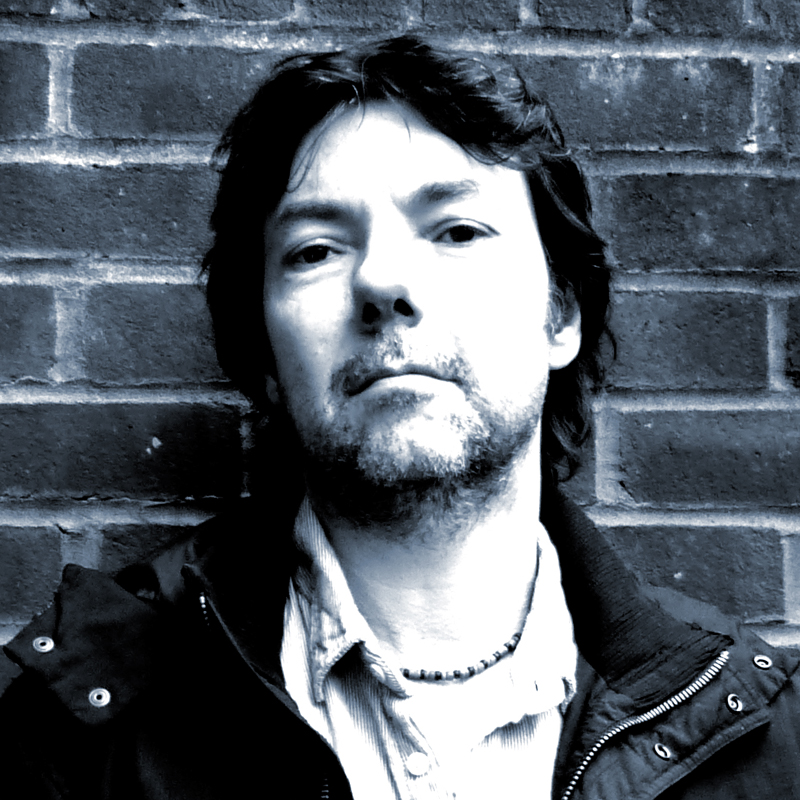 London-based producer Martin Sharp has been creating top-quality house music since the early 90s.
His many releases have spanned some of the UK’s hottest labels such as Hooj, Zulu, Cream, Whartone, Om, Plastic Fantastic, Phonetic, Renaissance, Whore House, Jeepers!, Orient Recordings and Lost Language.
During the 90s Martin DJ’d extensively around the UK and Europe.

As well as solo recording success, Martin’s collaborations include First Life with Nick Hook and Paris & Sharp with Luis Paris.
Martin continues to release tracks and remixes on top labels such as Whore House, Whartone, Zulu Records,  Freakin909, Go Deeva Light and Jeepers!, as well as being involved in a number of projects in other genres of electronic music. 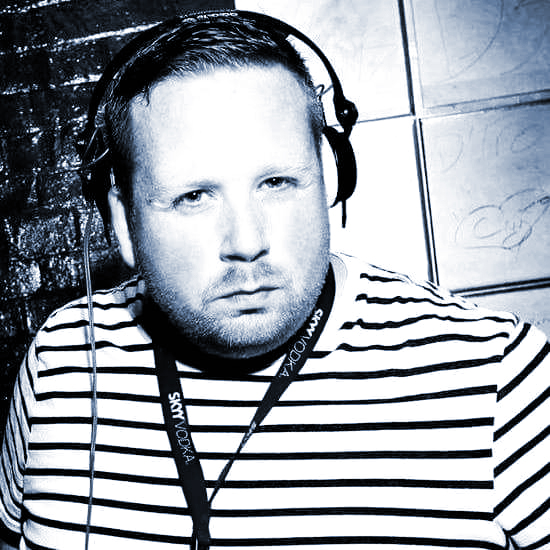 With more than 20 years of music production and DJing under his belt, Lawrence is no stranger to packed dancefloors and crowd interaction. He has held DJ residencies at Ministry of Sound and Pacha and toured internationally.

In recent years Lawrence has had amazing success with his house music productions. His singles have been released on many of the best labels including Nervous Records, Phoenix Music, Zulu Records, Whore House, Simma Black, Caballero Recordings, Vamos Music, Jungle Funk and Jeepers! Music. He has also released many singles on his own, highly respected label, Traded Music. 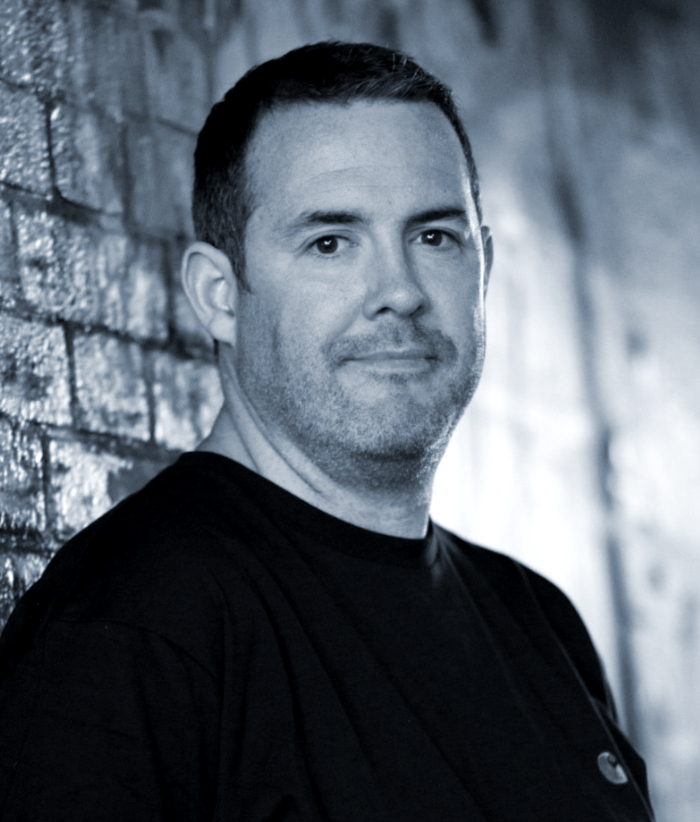 Tom Chubb is a well known DJ on the London circuit, he’s played gigs at Ministry of Sound, Turnmills, Egg, Pacha and many more. He has also DJ’d extensively around the UK and abroad, with gigs at top venues in Dubai, Ibiza, Greece, Thailand, Italy, Poland and Lebanon.

In recent years Tom has had a great success as a producer, with a host of releases on big labels that include Zulu Records, Simma Black, Simma Red, DVINE Sounds, Kidology and of course Jeepers! Music. 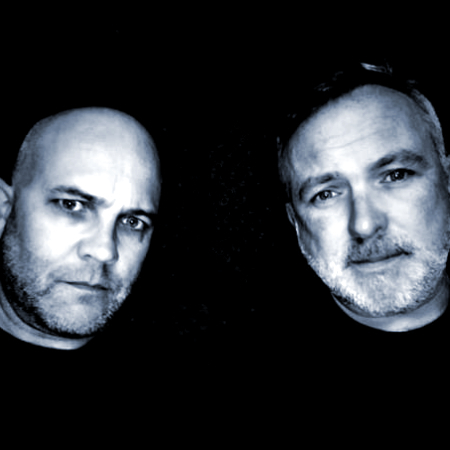 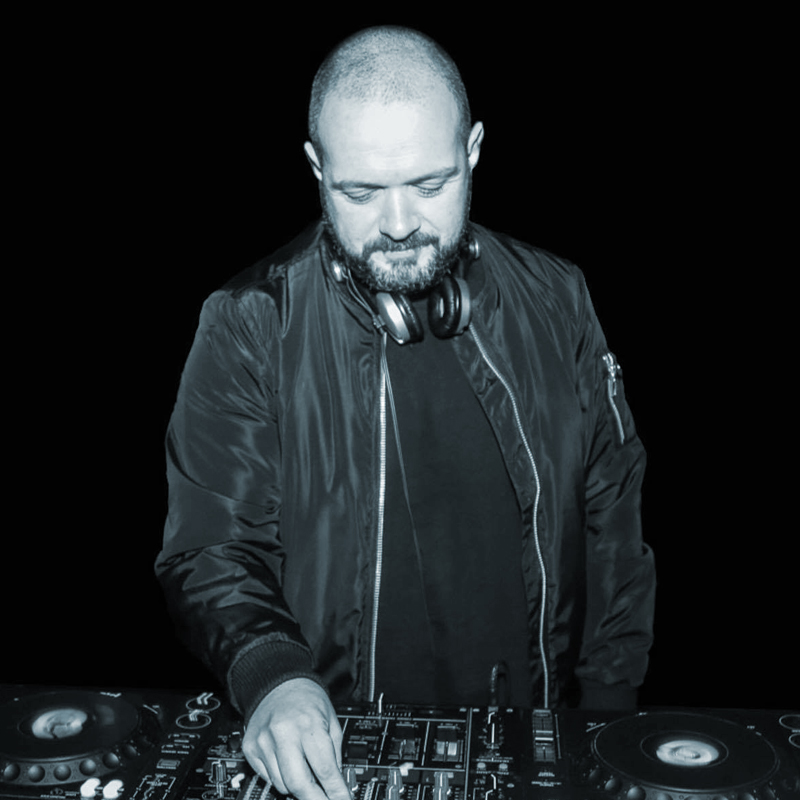 Jay has remixed top artists such as D-Ream, DJ Disciple, Graeme Park, Seamus Haji, Japanese Popstars, Reza, K-Klass and Peyton. His own list of classic productions include ‘Uproar’, ‘Twist’, ‘Belfast Kiss’, ‘Take Me Back’, ‘& Dance’ and ‘Music For The Masses’, and his tracks continue to gain support from some of the world’s best DJs including Roger Sanchez, Fat Boy Slim, Carl Cox and Sonny Wharton. 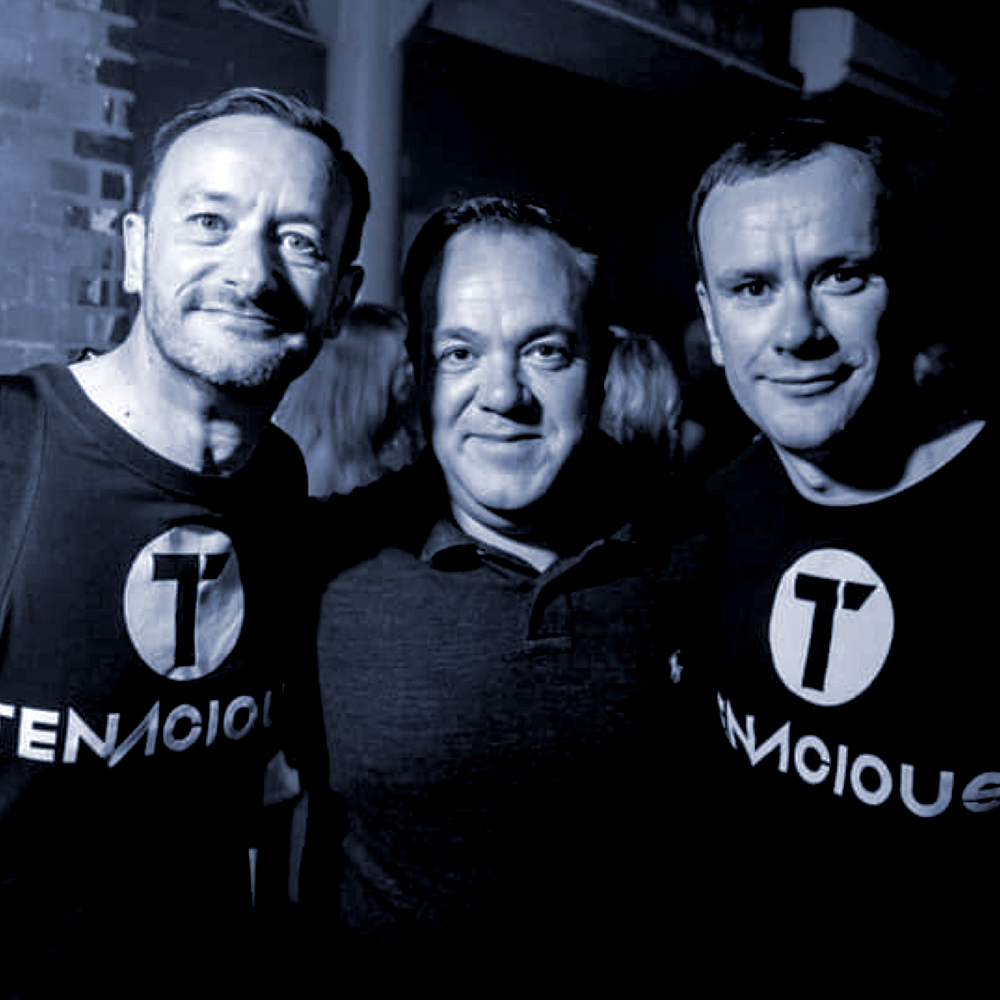 Tenacious are Dave Reeves, Steve Reeves and Lewis Bellis. They originally started producing together in 1998, but have been producing as Tenacious since 2013.

As well as releasing on Jeepers, they have released tracks and remixes on top labels such as Bloxbox, Supermarket, Influential House, Subterraneo Records, PPmusic, Deep n Dirty, Re:Sonate, Poolside Records, Hotfingers and Housessessions.

Together they have DJ’d at many clubs including Ministry of Sound, The Source Bar, Bagleys, Southcoast Weekenders, Bad Dog, Seduction and Devious. And the boys have a weekly radio show on London’s best house music staion, Select UK. 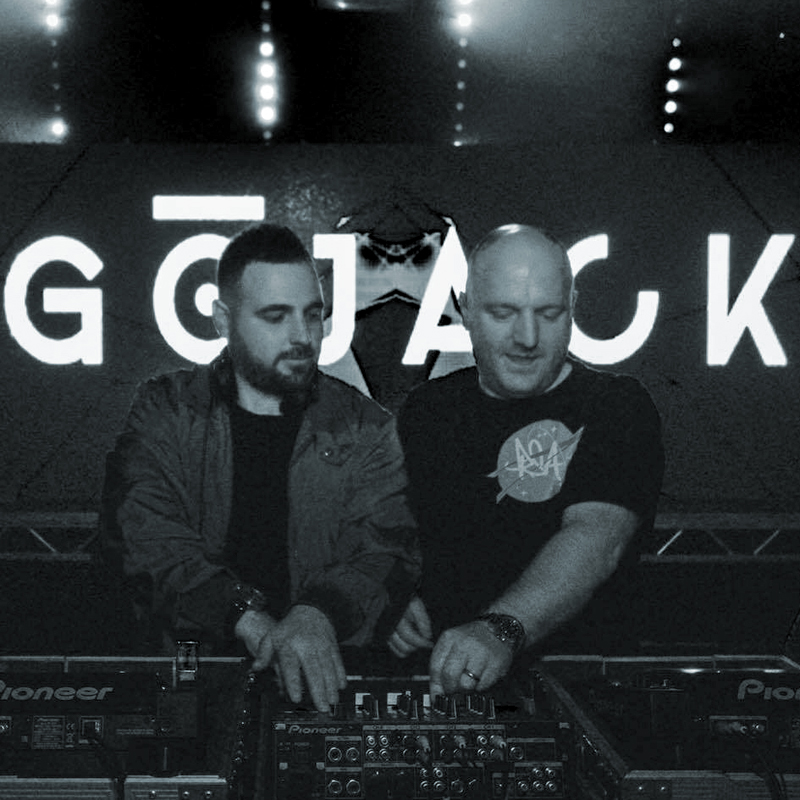 Gojack is prolific house music DJ/producer duo Mike Mac and Mark Dickson, who together have notched-up a host of releases on premier labels such as Whartone, Simma Black, Phonetic, De-funkt Recordings, Subterraneo, Deeptown Traxx and of course, Jeepers! Music. 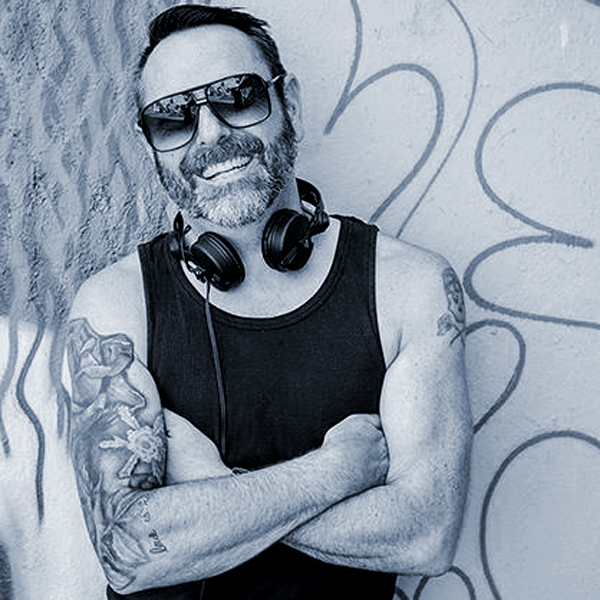 Brighton based funkster Wilson Knickit and one third of Funk & Soul Club residents Sir Funk, is a DJ and producer enjoying the freedom to find the FUNK in all great music.

With a unique blend of hypnotic funky groove, his tracks are for folk who don’t care too much for the details as they develop and build seamlessly, without any concentration needed. Before you know it, you’re grooving along, immersed in a world of insanely hooky, bass driven beats.

As popular music becomes increasingly synthetic, it is refreshing to hear artists like Wilson Knickit, who make their name in electronic music with a stated dedication to live instrumentation and organic sounds. The result is spectacular and represents the exciting future possibilities for the up and coming DJ. A devoted passion for music alongside an embrace of technology, perfect!

Often found ripping it up at awesome venues including Space Ibiza, Electric London and even some lesser known choice party places, seamlessly mixing an innovative eclectic blend of his own productions with some brilliantly unexpected gems. Influences from funk, soul, breaks, D&B, hip hop and Latin beats, all his music is played with dance in mind but with one crucial consistent element involved……FUNK! 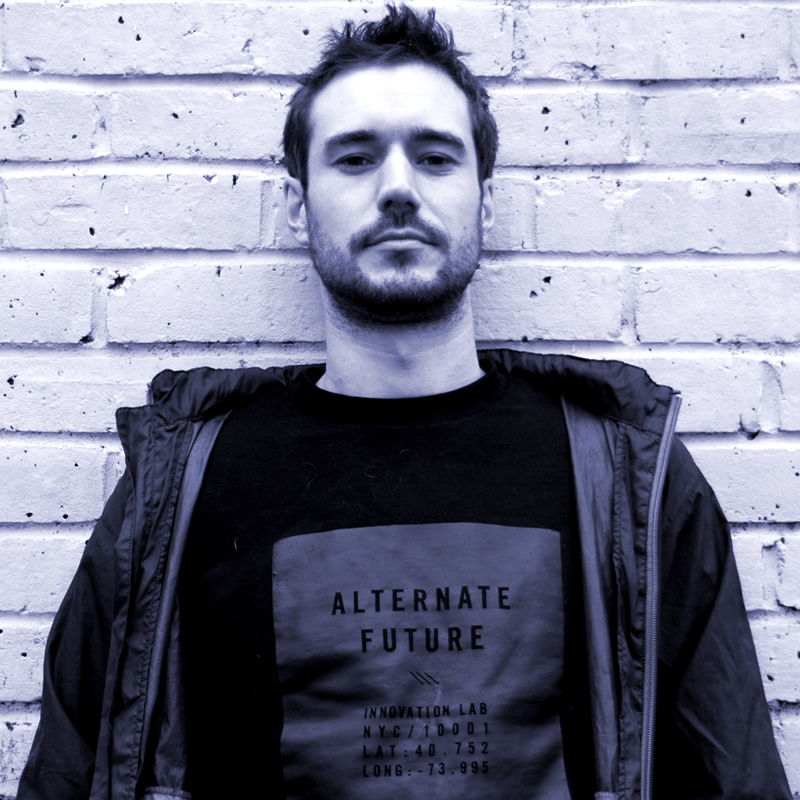 Mizaru (aka Ben Saunders) is a Brighton based DJ/producer who’s set to do big things in 2020. His first two releases on top labels – Jeepers! Music and Kukushka – have recieved support from leading DJs. And he has many great new tracks in the pipeline.

Mizaru has a weekly radio show on the south coast’s leading dance music radio station – Code South FM – and he is also a resident DJ at This Is, the Brighton dance music event company. 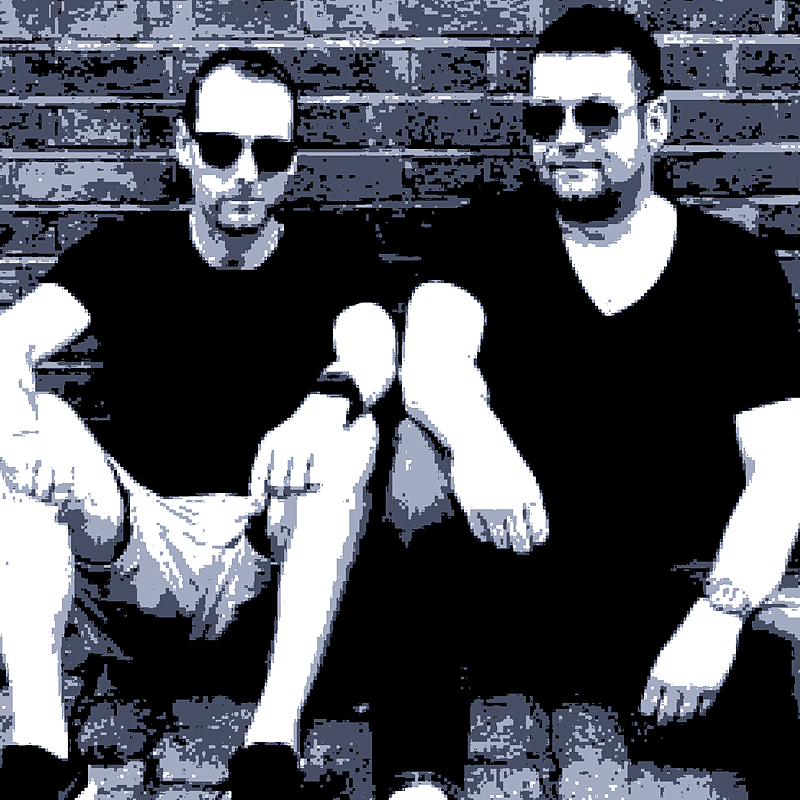 HotKey consists of London based DJ/producers Scot Gray and Peter Cable who also enjoy recording success under the name Coda, which is the moniker they use for their deeper tech-house productions.

The duo’s style of house is full of strong vocals, powerful pianos and hard hitting beats, that instantly makes you feel good and gives you that ‘get up on the dance floor’ feeling. 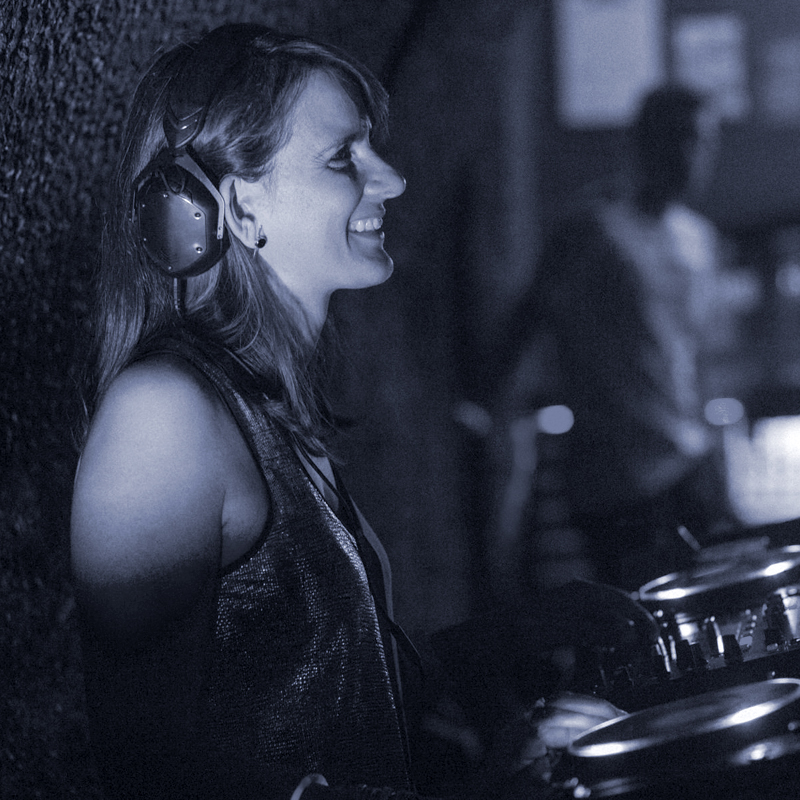 Formerly a resident DJ with Pussycat Club at Brighton’s legendary Zap Club, Charmain Love has had a distinguished DJ career on the south coast club scene
Charmain’s DJing talent has also lead her to host a weekly radio show on Brighton’s best dance music station Trickstar, where she showcases the best new jackin house, tech house and techno every week. 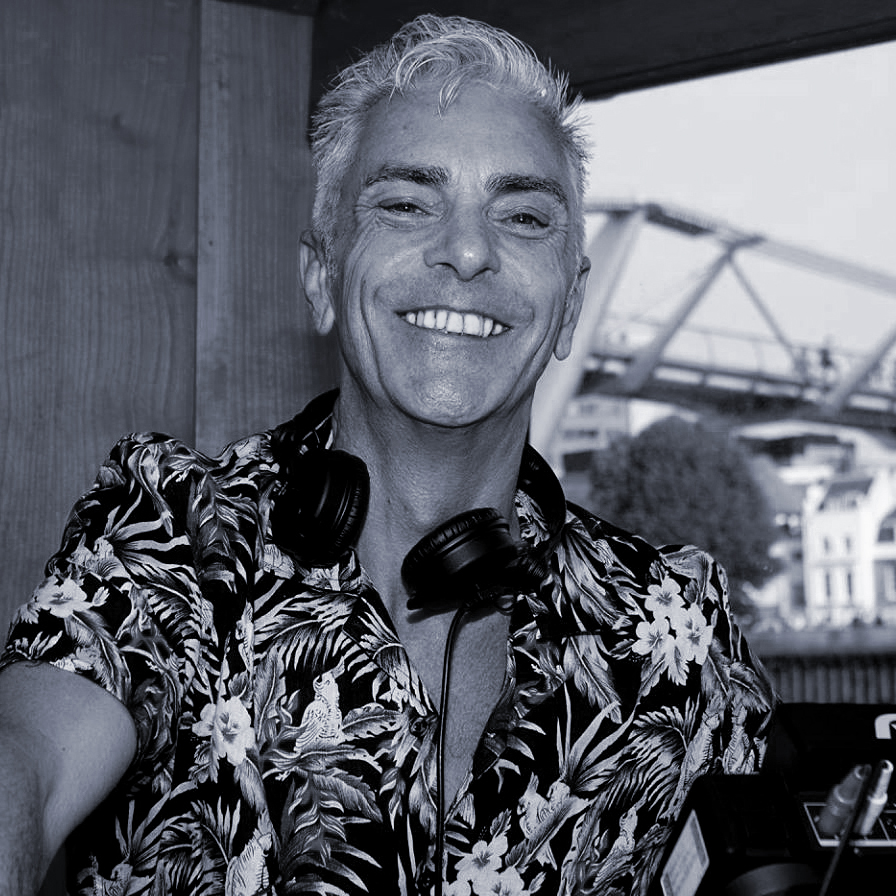 ROB PARISH is a London based house music DJ/producer with releases on various independent labels.

Rob has been DJing on the London club scene since the 1990’s, performing at some of the capitals most established venues. He’s also an accomplished songwriter and musician, playing guitar, bass, keyboards and drums in bands since his youth. 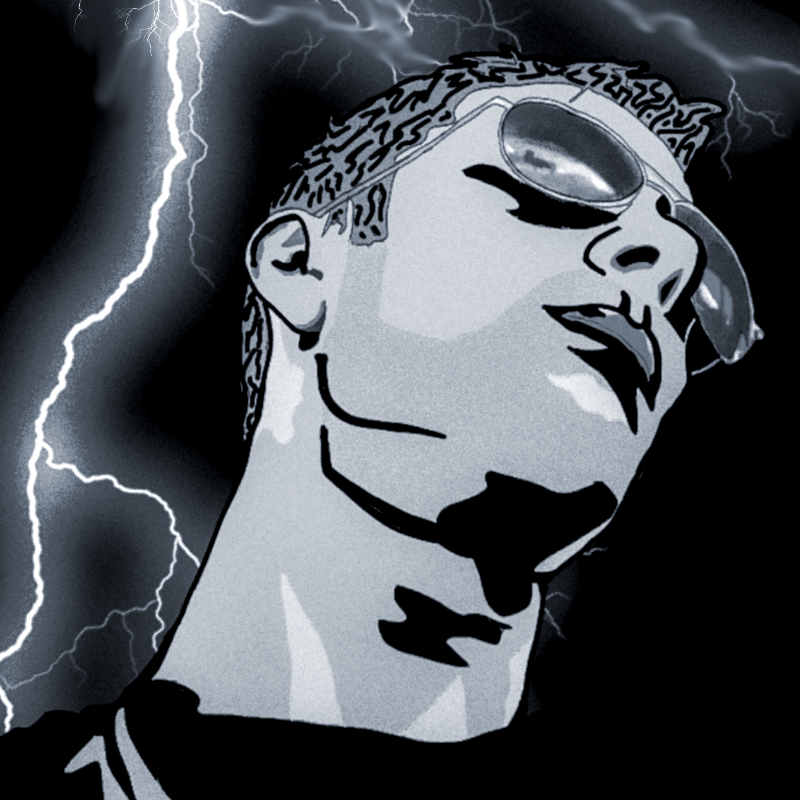 Sound Out is the brainchild of DJ/producer Shane Dabinett, a veteran to the Irish club scene with over 16 years experience behind the decks and in the studio.

His distinctive take on house music is a by-product from his love of early house music and UK rave, twisted with modern production techniques and solid beats.

With releases on Freakin909, Basement Music, Sleazy Deep, Let There Be House, De-Funkt Recordings and a number of releases on Jeepers! Music, it’s safe to say Sound Out is on to a winning formula. 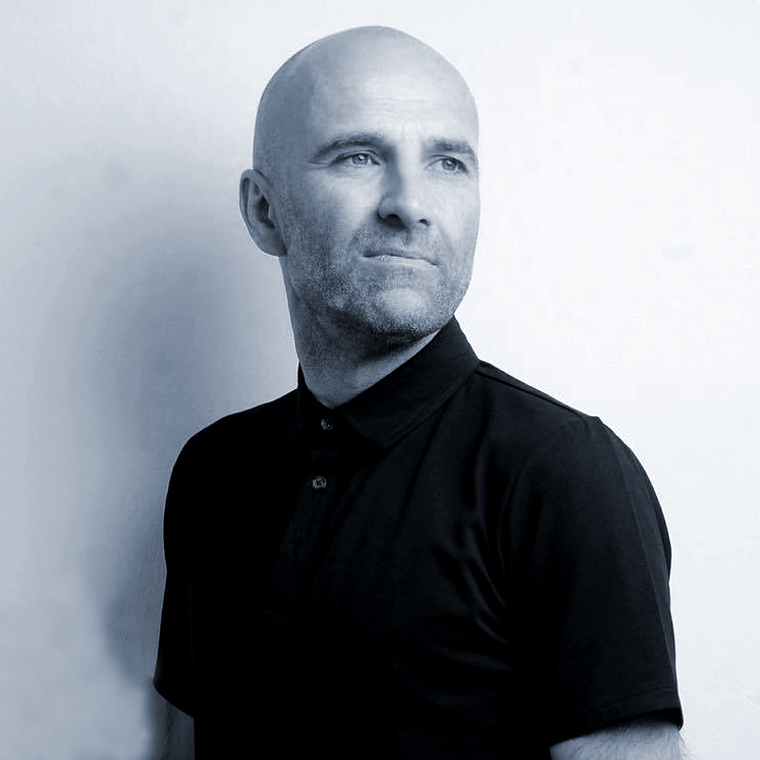 Joe Bonner is a DJ, producer, club promoter and radio presenter, and he hosts a weekly radio show on London’s no.1 house music station, Select Radio.
Joe is resident DJ and co-promoter of the highly successful club brand, Shuffle. He has had tracks released on Sexy Trash Recordings, Gorilla Recordings, Locker Room Records and Jeepers! Music and he is also one half of the DJ/producer duo Kilmer. 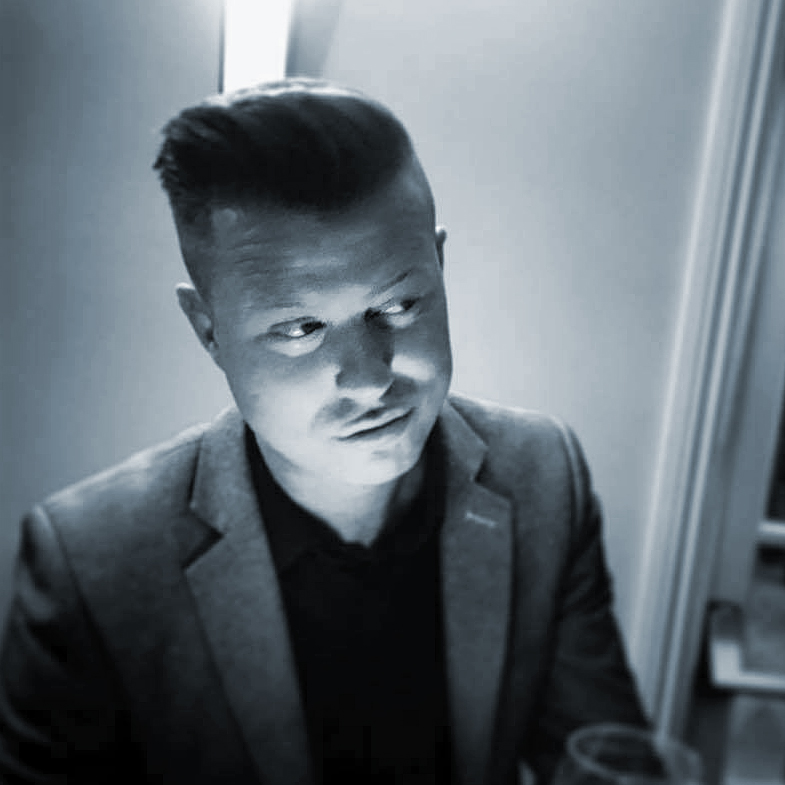 Lee’s had a solo single – ‘Do Ya’ – and two co-productions with Martin Sharp – ‘Dancing With Me’ and ‘I Remember’ – released on Jeepers! Music, which have received strong support from a host of top DJs. 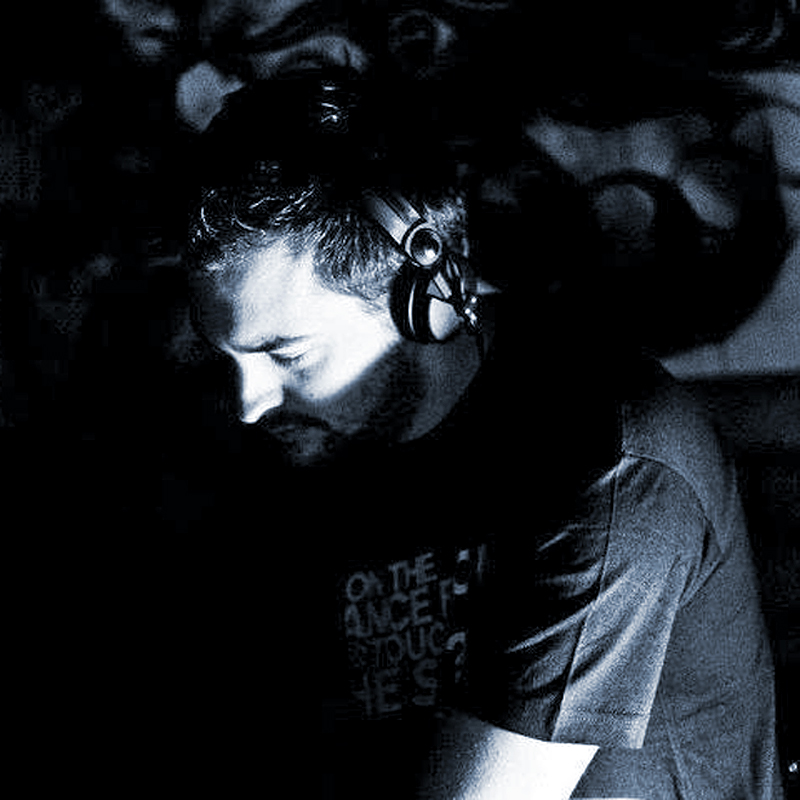 Belfast based DJ & producer Chris Woods is a lover of all things house, be it soulful, funky, driving or tech.

On the DJing side, Chris is a consistent competition winner and a technical DJ that other DJs love to watch perform.
He has played at world famous clubs including Ministry of Sound in London, Lush! in Portrush Northern Ireland, been featured in publications such as DJ Mag and Music Tech magazine, and also had many guest appearances on regional radio stations.

After a few years off from production, he’s now well on his way to making a serious return to the scene with tracks signed to Jeepers! Music and De-funkt Recordings. 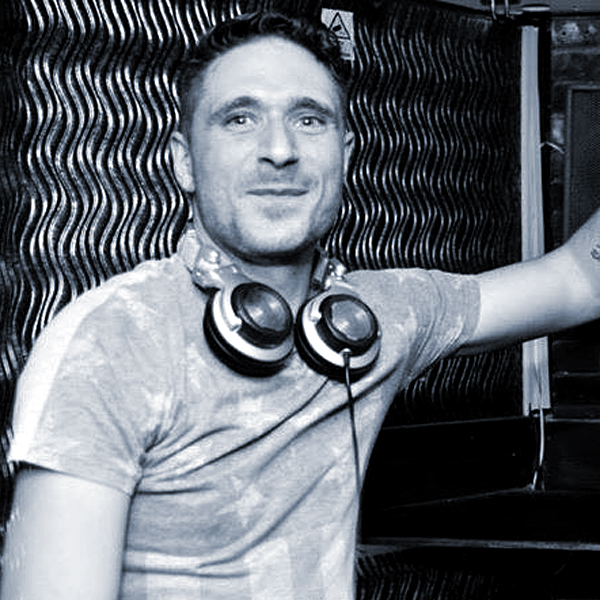 Sebbers (aka Lee Sebestyen) is a DJ, vocalist, producer and songwriter, hailing from Maidstone in Kent.
With four releases on Jeepers! – ‘What The Funk’, ‘Phat Phunk’, ‘Be My Bitch’/’Tricks’ and the highly acclaimed ‘What The Funk’ – plus a host of releases on other labels including Rotate, Arch 44 and Big Hug Records, Sebbers is a talented young artist who looks set to go a long way. 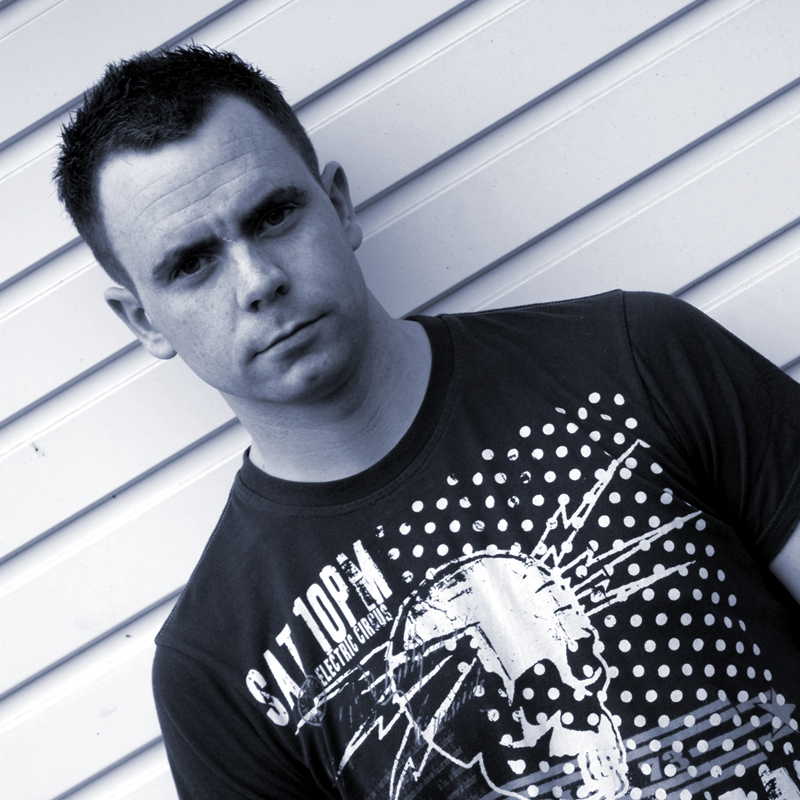 Based in Cambridge, UK, Chris Rawles‘s fusion of funky jackin’ beats and groovy bass lines, in both his productions and DJ sets, are one of the many reasons why he has fast emerged as a talented Tech House/Techno DJ and producer.

With a string of strong releases under his belt on labels such as What Happens, Jeepers!, Serotonin Digital and Quirk it is no surprise the future is looking bright for this talented producer. 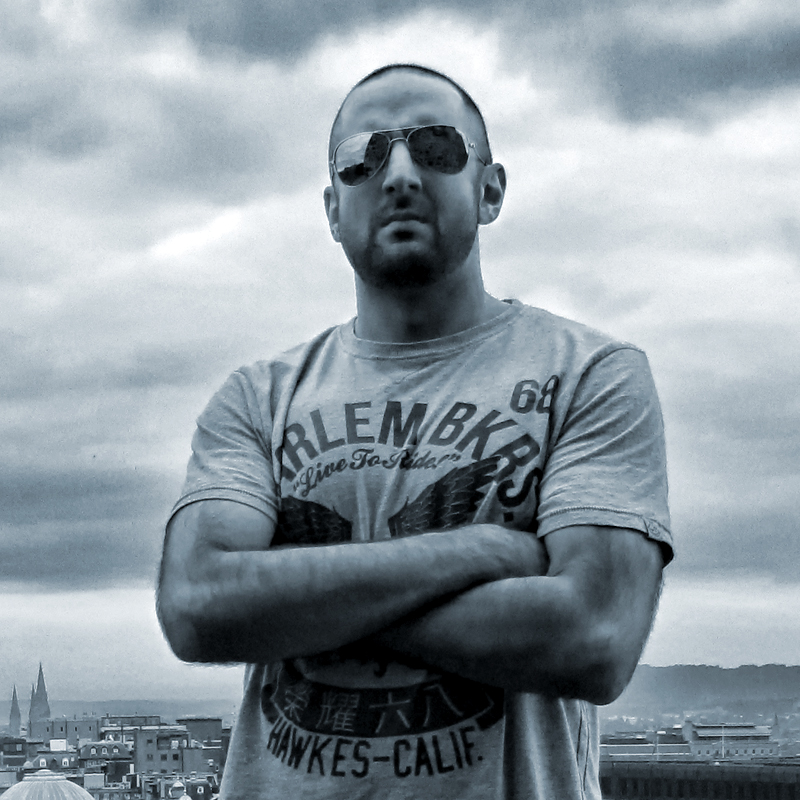 Edinburgh producer Nigel Ross, who makes top quality house tracks under the artist name of Sonikross, has had three highly acclaimed singles on Jeepers!, all featuring the vocal of Sara K.
His first single for Jeepers!, ‘My Religion’, was remixed by Oliver Lang and Whelan and Di Scala as well as Nick Hook.

Sonikross’s second single on Jeepers! – ‘Running For The Money’ – was hugely popular with a host of top DJs. And the third single, ‘She’s In The House’, featured top remixes from Nick Hook & Martin Sharp.
Sonikross has also had releases on a host of other notable house labels such as 23rd Pricinct, Exhilerated, Motion and Segment.