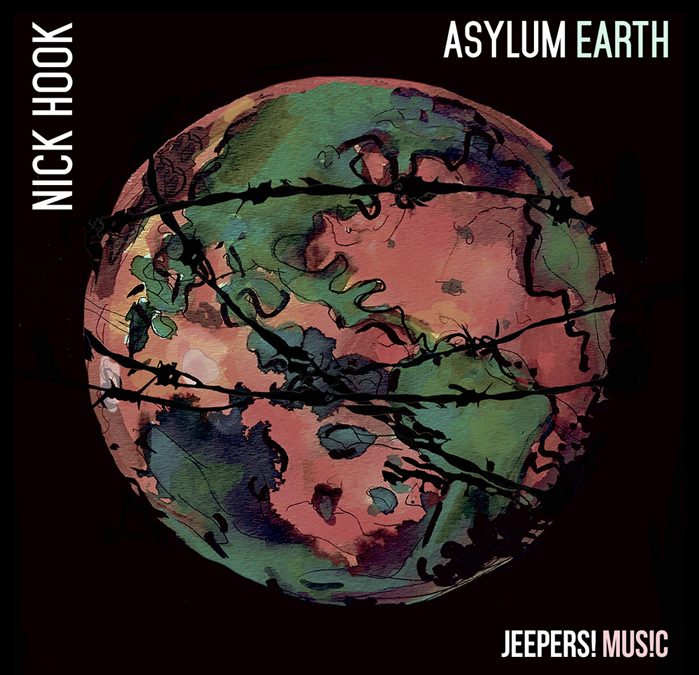 In a world that needs liberating from the lunatics that have taken charge, Asylum Earth is a dance music album with deep meaning and a message of hope.

Lawrence Friend –
“Wow… I’ve just had my mind blown! Nick Hook your studio album ‘Asylum Earth’ is a masterpiece. It took me on an amazing journey. I absolutely love it!!! 10/10”

Jay Kay –
“I tip my hat off to you Nick Hook. Asylum Earth is a work of art. Sounds great! ‘Forever Credence’ won me over, I loved ‘Democracy’ too, plus the title track. And I loved the laid back tracks – very well put together. Defo 10/10.”

Mike Mac –
“Congratulations on producing an absolute gem of an album.
You can hear so much leverage across all 11 tracks from the likes of Leftfield, The Beloved, FSOL, Primal Scream, the ORB and those dub reggae flavours.
This is knitted together beautifully with each track moving to the next like some kind of seamless ‘aural waltz’. The production value is on point with a perfect balance of styles..
It’s been a long time since I’ve heard an album that is solid on every level.
Gotta say this is 10 out 10 for me, full support!”

Lizzie Curious –
“What a fantastic achievement to put together such a diverse and creative album, with emotive themes and strong messages that are beautifully expressed in a variety of styles that fit together well.”

Tim Cullen –
“Respect to you Nick Hook for putting together this group of uplifting and thought provoking house and dance tracks. Solid work!”

Nolan –
“Some great tracks on this album, hope it blows up.”

Nick T (Code South Radio) –
“A cracking album, which has an excellent unity of sound across it’s tunes, even with the different genres it explores. It’s genuinely refreshing to hear such a varied collection of styles from one producer, and a considerable achievement that they hang together so well as a brilliant cohesive hole.  Very, very impressed – will be giving as much support as I can. Thank you!.”